敢问路在何方? In Quest Of Independence 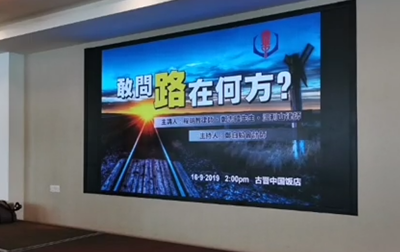 SUPP is now caught between the two devils in deep blue see. Being in GPS, SUPP has to toe the line of GPS, that is, to regain autonomy under MA63. GPS will not leave Malaysia and this is their stand. On the other hand, SUPP wanted to be with the popular voice, that is, Independence. 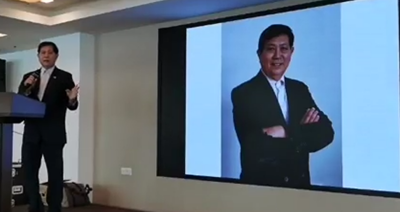 The popular voice at the moment is in town areas and it is for this reason SUPP is following Parti Bumi Kenyalang (PBK) to harp on independence. But, they wanted Independence by way of referendum, which is not within PBK's strategy.

In his speech, Michael Tiang was clever enough to bring the issue of unilateral declaration of Independence(UDI) by Catolonia that was declared illegal. What he tried to impress the audience is that no UDI is legal without a referendum. Since he was the last speaker he could say anything he wanted. PBK's President Mr. Voon was caught by him as Mr. Voon could not clear the air to the audience about this. Michael Tiang argued that its fair for voters to decide and a small population of over 2 million is not easily be swayed by pleasantries(money etc).

All Michael Tiang's arguments were the same echoed by S4S. No S4S leader could speak on the issue well unless coached by SUPP politicians and lawyers. This is because independence issue is complex. It involves politics and law and non in S4S is a lawyer or a politician.

Luckily PBK's President Voon was sharp enough during question time to steer back the audience to PBK's direction by telling them UDI by Catalonia was declared illegal because Spain's Constitution does not allow UDI and ours there is no prohibition for UDI in the federal constitution.

Referendum Is The Solution?