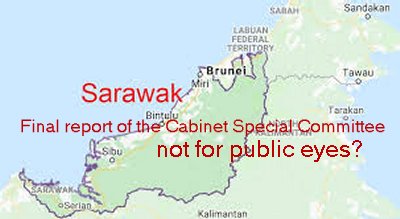 The federal government has taken the view that it is not necessary to reveal the final report of the Cabinet Special Committee on the implementation of Malaysia Agreement 1963.

While the federal government has through the Deputy Minister in the Prime Minister’s Department (Sabah and Sarawak Affairs) stated the reasons for not making the report public, the people of Sarawak and Sabah will like to know the what was the issues and recommendations made at the federal level. After all, the Agreement affects the rights of Sarawak and Sabah and all her people.

The Malaysia Agreement 1963 and the Inter-governmental Committee Report 1962 are public documents and they form the basis for Sarawak and Sabah to join in the formation of Malaysia 67 years ago.

If there are matters that concern security or a threat to the stability of the nation and well-being of her people then it is understandable why it should be kept as secret. With the exceptions of these items the report should be made public.

It may be that the time is not right or convenient to publish the Report now as it is understood that some issues have not been agreed upon or finalized between the parties. If that is the situation, then it is suggested that a preliminary report in a summarized form be published or made available to members of Parliament.

I will raise this issue in the Senate to push for Report to be made public.