More than 50 breaches of MA63 by federal government, says activist 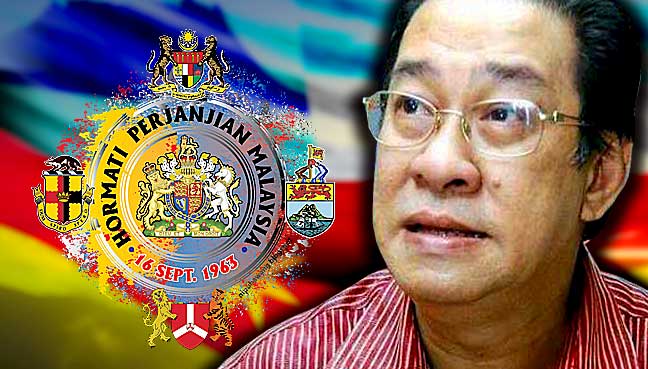 KOTA KINABALU(Tracy Patrick - December 14, 2017 10:26 AM): There have been more than 50 breaches of the Malaysia Agreement 1963 (MA63) by the federal government, author and MA63 activist Zainnal Ajamain claims.

He told FMT that one of the major breaches was the repeated failure on the part of the federal government to return 40% of revenue collected in Sabah since 1964.

“They can say they have paid RM26.4 million every year, but it’s an amount that should have been reviewed a long time ago. There is a procedure and a process that must be adhered to when paying the money and this has not been followed,” he said.

Zainnal said according to Article 112C of the Federal Constitution, the fund must be made available to Sabah through a consolidated fund. This means the federal government must include the funds in the annual budget. It has then to be transferred to the Sabah government which will then declare it in the state annual budget.

“I don’t recall the federal government ever declaring a certain fund as the 40% payment due to Sabah. That means, they never paid us or, in other words, they owe us money.

“If we count since 1964 when they should have started paying us, including interest, the amount could reach up to RM1.5 trillion by now.”

Zainnal added that the figure was reasonable given the amount of contributions Sabah had made to the federal government over the years through such revenue collection streams as income tax and corporate tax.

He recalled that in 2015, former Sarawak chief minister, the late Adenan Satem, had said that Sarawak had contributed RM122 billion to the federal government that year.

“In Sabah, we have big plantations that contribute corporate taxes, which Sarawak does not have. It means that we could be contributing more than Sarawak.

“The federal budget is just around RM200 billion, which means without Sabah and Sarawak, Malaya will not survive financially,” he said.

Additionally, Zainnal said Sabah and Sarawak should also claim their rights under Article 10 Part V which stated that the Bornean states should collect revenue through import duty and excise duty on petroleum products.

He claimed that in the country, up to 40% of the fuel for vehicles was actually tax.

“If in Sabah we have two million vehicles and each week the owners fill up to RM120, after one year, they would have spent RM15.8 billion on petroleum alone.

“Now 40% of that amount is RM4.9 billion. But the Sabah government has never demanded this money. It is content with having only RM4 billion for the state budget and doesn’t want to claim its rights. Imagine what we can do with the money,” he said.
That was why, he said, he felt extremely disappointed that Sabah and Sarawak had not been given their rights as provided by the MA63 and the Federal Constitution.

Furthermore, he said, as the number of breaches of the agreement kept going up, steps must be taken to ensure the agreement was implemented immediately.

“Enough with the discussion. Our past leaders discussed all the terms 54 years ago. The only thing the federal government can do now is to implement the agreement,” he said.