To Love Sarawak Is To Know Sarawak 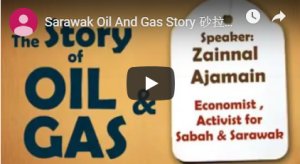 Sarawak is our homeland. Sarawak is our root and it is rich in natural resources and despite producing petroleum we only benefit 5% from the production. 14 GE promises of increase in petroleum subsidy allocation to 20% and 50% tax collected from Sarawak to be returned to Sarawak government, even if Sarawak government is still under BN (now GPS), is not fulfilled up to now.

It is the duty of Sarawakian to protect Sarawak natural resources and our autonomy under Malaysia Agreement 1963. In the coming Sarawak Election, we should not waste our votes on those who could not deliver their 14 GE election promises. Only support the Sarawak based political parties leaders who could protect our natural resources and autonomy because non Sarawak based political parties leaders hearts and minds are never with Sarawak and Sabah and they are taking orders from Malayan leaders and looking after interests of Sarawak and Sabah is never their priority.