Voon: ‘Grave consequences’ if all sectors allowed to operate 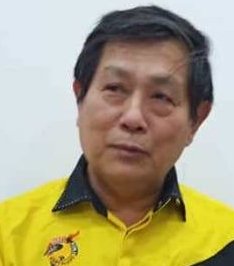 (Dayak Daily - May 2, 2020 @ 10:37) KUCHING, May 2: The reopening of all economic sectors now, especially in areas classified as red zones in Sarawak, will lead to grave consequences, said Parti Bumi Kenyalang (PBK).

Its president Voon Lee Shan urged the state government to study and think about the consequences of opening up all industries and businesses too early as it could potentially cause a surge in the Covid-19 cases. He believed that Sarawak has yet to win the war against Covid-19. “It is urged that the state government not to blindly follow whatever directives from the federal government concerning the relaxation of the movement control order (MCO) and the re-opening of industries and businesses.

“There are too many red zones at the moment and the government should know that it is absolutely not safe to relax the MCO. The (state) government must know we are fighting a war against Covid-19 and the war is not won yet,” he said in a statement.

Voon reminded that there are still many red zones, as well as hospital staff who contracted the virus. “Malaysia should be able to see the danger of the possibility of a sudden surge in the increase of Covid-19 attack if MCO is relaxed,” he continued.

He said the state government needs to take the advice of the Health cautiously, adding that he knows many medical experts who have voiced reservations of the advice given. Voon claimed a specialist doctor friend had told him that the reopening of industries and businesses at this moment would be a grave mistake.