Another Warrior From Parti Bumi Kenyalang 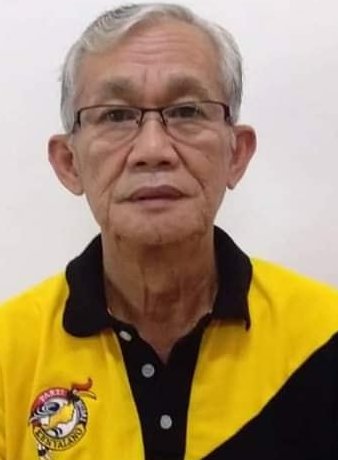 Philip Kelanang Diung obtained his Bachelor of Business Studies from the University of Southern Queensland, Australia. He had taught in many school throughout Sarawak before he retired from the teaching profession in 2013.

Philip Kelanang Diung then joined a fertilizer company, guiding farmers the right way to use fertilizers and chemicals. He was also active in socio-cultural activities and been a Deputy Chairman of SADIA Kuching Branch from 2001-2004.

Philip Kelanang Diung joins Parti Bumi Kenyalang to seek freedom and independence of Sarawak from the federation of Malaysia.

Sarawak should be allowed independence under United Nations Assembly Resolution 1514 before Malaysia should be formed but caused by a secret pack between UK and Tunku Abdul Rahman of Malaya, this was not done. Sarawak people had been cheated of their self-determination right to independence.

Therefore, the Quest of Independence for Sarawak had not been completed. Here, comes Philip Kelanang Diung in this mission.

Malaysia was never formed. Malaysia is a new name for Malaya. United Nations on 16 September, 1963 was informed by Dato Ong Yoke Ling of this change of name after Singapore, North Borneo (now Sabah) and Sarawak were acquired by Malaya to enlarge its territory.

Each day Petronas is pumping about 850,000 barrels of Sarawak’s crude oil, giving an income of about RM250 million every day to Malaya government.

ON top of this, Sarawak also lost taxes it collected
Sarawak also lost its marine wealth, territory and territorial waters, oil and gas revenues to Malaya. Being once a Nation, Sarawak is now reduced as a state, equivalent to Kedah, Kelantan, Penang and any other states in Malaya.

GIVE YOUR SUPPORT TO PART BUMI KENYALANG

IN QUEST OF INDEPENDENCE