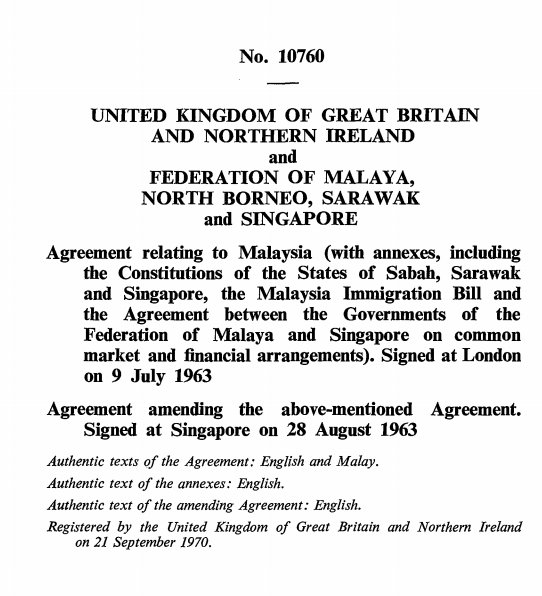 UNITED KINGDOM OF GREAT BRITAIN AND NORTHERN IRELAND and FEDERATION OF MALAYA, NORTH BORNEO, SARAWAK and SINGAPORE Agreement relating to Malaysia (with annexes, including the Constitutions of the States of Sabah, Sarawak and Singapore, the Malaysia Immigration Bill and the Agreement between the Governments of the Federation of Malaya and Singapore on common market and financial arrangements). Signed at London on 9 July 1963 Agreement amending the above-mentioned Agreement.