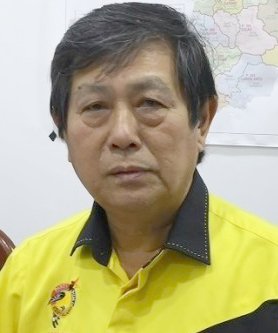 KUCHING, April 26: PBK president Voon Lee Shan questions on what legal basis was he called by the police to give a statement recently. Voon in a press statement today asserted his political activities are landing him in trouble with the police. He revealed he was called by the authorities to make a statement on which he assumed is about Parti Bumi Kenyalang (PBK)’s mission to seek Sarawak’s independence from the federation of Malaysia.

“What crime had I committed? The officer who was directed to record a statement could not give me a clue. No police officer has any right to call any citizen to give a statement unless the
citizen is a witness to a crime or could throw light into crimes investigated by the police.

“When asked, the officer said I won’t be treated as a suspect but she was directed to ask a few questions about my political activities. That means, I should be a witness but witness for what
crime?” he further queried.

Voon also demanded the police state clearly their legal grounds of calling him as he is entitled to know the charges against him. “I understand the people of Sarawak are growing in numbers wanting to see Sarawak be free
and independent because the marriage with Malaya for the past 58 years is no more workable,” he said.

“Both Tunku Abdul Rahman and Lee Kuan Yew were never called by the police about this and why was I called? There are so many pro-independence activists and why only me alone being
called to give a statement? I just could not understand,” he said.

“There is also no prohibition to seek independence under domestic and international laws by peaceful and legal means. “I am only exercising my right for Sarawak under the banner of PBK to seek Sarawak
independence. I see no reason at all that police should call me for an investigation,” he said.