Yu Chin Liik: Do not mislead our Children with distorted history 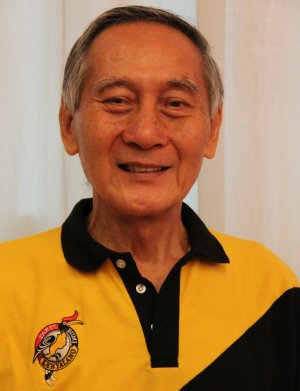 Official misleading information to distort facts and deceive young generation into supporting the existing authority to consolidate its position in the future election.

The local Sibu newspaper reported on 21-6-2022 that a lawmaker and DUN representative told students to remember the origin of the following days during a coloring contest for primary school students:-

1. August 31st is National Day,
2 September 16th is Malaysia Day, and
3. July 22nd is Sarawak Day such that this became the day that Sarawak officially broke away from British rule and joined Malaysia after that, he said.

In my opinion, this is a set of misinformation that misleads children's view of history. Please see the actual and historical facts below:

On August 31, 1957, Tunku announced the official independence of the Federation of Malaya in Kuala Lumpur, shouting: Merdeka! How did this become the National Day of Sarawak, which has no affiliation with it?

To say the National Day reluctantly, it can only be September 16, 1963. The Federation of Malaysia, which was "co-organized" by four equal partners, Sabah, Sarawak, Singapore, and Malaya, declared the establishment of the "National Day" on this day.

However, the relevant ruling authorities from Kuala Lumpur to Sarawak have repeatedly ignored the mistakes pointed out by many knowledgeable scholars, political workers and social figures, and deliberately celebrated "8.31" as Sarawak's National Day. Mistaken by fellow Sarawakians, even to children as a day of great historical significance to Sarawak. They do this, if not ignorantly, giving the impression that there may be some purpose behind it.

Forget about September 16, 1963, the United Nations investigation mission (the British and Malaysian authorities delayed the issuance of entry permits and all the members of the delegations from the Philippines and Indonesia were unable to participate) did not return until August, and the investigation report has not yet been released. Is it reasonable to rush to declare that two-thirds agreed to establish Malaysia before it is approved by the United Nations?

Regardless of July 9, 1963, when Sarawak was still a colony, despite the warning from the Sarawak government’s Department of Justice that Sarawak was not yet independent and did not have the legal status to sign an international contract, reluctantly to sign it, if something happened in the future, it might cause the contract to become invalid. Is it legal to continue to sign MA63 in London on July 9?

Over the past 59 years, the relevant ruling authorities have ignored the facts and public doubts, went their own way, and continued to celebrate the "8.31 National Day". It is impossible not to doubt that Sarawak has already been annexed by the Federation of Malaya in essence and has become a territory of the Federation of Malaya. The extension of the Borneo region” (the term used in the correspondence between the British Minister of Colonial Affairs and the Prime Minister of Malaya, Tunku, in the declassified documents in 1959).

3) Is 7.22 the day that Sarawak officially secedes from British rule?

The "Independence Celebration" held in Kuching on July 22, 1963 was a fake independence farce.

After the MA63 was signed in London on July 9, 1963, the British Empire and Malaya were questioned by the international community. In order to make up for the fact that Sarawak was not independent, they organized a so-called 7.22 celebration of Sarawak's independence, in an attempt to hide the truth.

Let me ask, on July 22, 1963, did the United Kingdom hand over the right to issue national defense, foreign affairs, internal affairs, finance, and fiscal currency that symbolized national power? Some are just ordinary executive power! And all of this really represents national power, which was handed over directly to the head of state of Malaya by the United Kingdom on September 16, 1963. Let me ask, what is this 7.22 if it is not a farce?

Sarawak compatriots, it has been 59 years since our fore fathers formed Malaysia together. There are too many sad songs sang in these 59 years. It is a highway that runs through the whole of Sarawak for less than 1,000 kilometers. So far, it has not been done well. Sarawak is in the eyes of others, it is not as good as the Johor Sultan who said that he was regarded as a "step-son" by the federal central government!

Tunku promised back then that he invited Sarawak to form Malaysia together in order to develop Sarawak just like his Malaya. Fifty-nine years ago, after returning from London to sign MA63, Tunku replied in response to an inquiry on July 18: If they feel that they will not benefit from joining Malaysia in the future, they have the right to leave Malaysia because they came to join the group voluntarily. Free to leave.

The Sarawak government was elected by all of us. It should represent the fundamental interests of all Sarawak compatriots. It should not turn a blind eye to Sarawak's sad situation today, and be exploited by outsiders every year for resources, taxes, licenses, patents, commerce, finance, workers, farmers and fish. Industry, sea and air transportation, the serious situation of the annual interests of over 100 billion is silent, and the cost for the people of Sarawak to maintain the operation and development of the government is only about 10 billion. I strongly recommend that the Sarawak government face up to the above, bravely speak out for the people of Sarawak and resolutely claim all the original sovereignty, so as to benefit the future generations of the people of all ethnic groups.