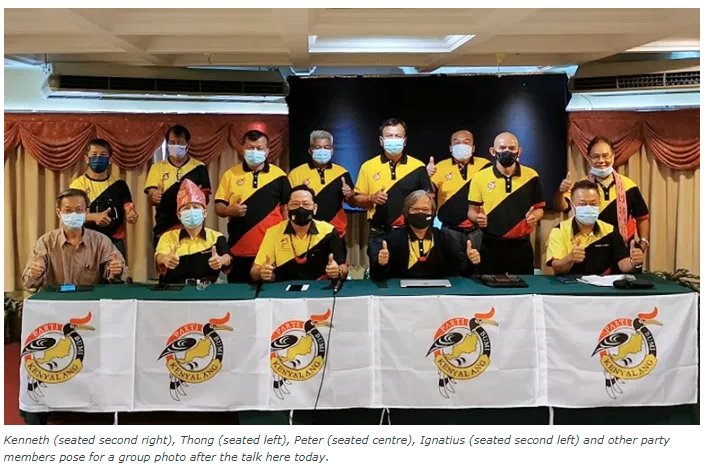 Dayak Daily - By Adrian Lim - KUCHING, April 6 )Parti Bumi Kenyalang (PBK) is gearing up to capture 51 seats mostly made up of the Dayak community in the suburbs and rural areas in the 12th State Election (PRN12). PBK Dayak chairman Kenneth Adan Silek said the Dayak community made up the largest ethnic group in Sarawak and their unity will be crucial for the party to win and potentially form the next state government.

“We are confident of 51 seats, which is all the Dayak majority seats plus the mixed area and grey areas which we studied. “We are united in PBK to bring change and restore the pride of this land. “So unity is strength and strength is power and thereby Dayak unity is paramount to PBK,” he
said in his speech during PBK Dayak Unity Talk held at a hotel here today. Kenneth said the support from the Dayak community was decisive in order to form the state
government.

In spite of that, he said the Dayak have been playing “second fiddle” in Sarawak’s politics for more than 50 years. Going forward, Kenneth believed that it was time for the Dayak community to be at the
forefront and to rise up through PBK. He called on the Dayak community to support the candidates which the political party will be fielding during PRN12, be it in the urban or rural areas.
Kenneth explained that the event hosted today was to urge the Dayak in Sarawak to provide support to them in PRN12 as the party’s struggle was aimed at striving for independence for
Sarawak.