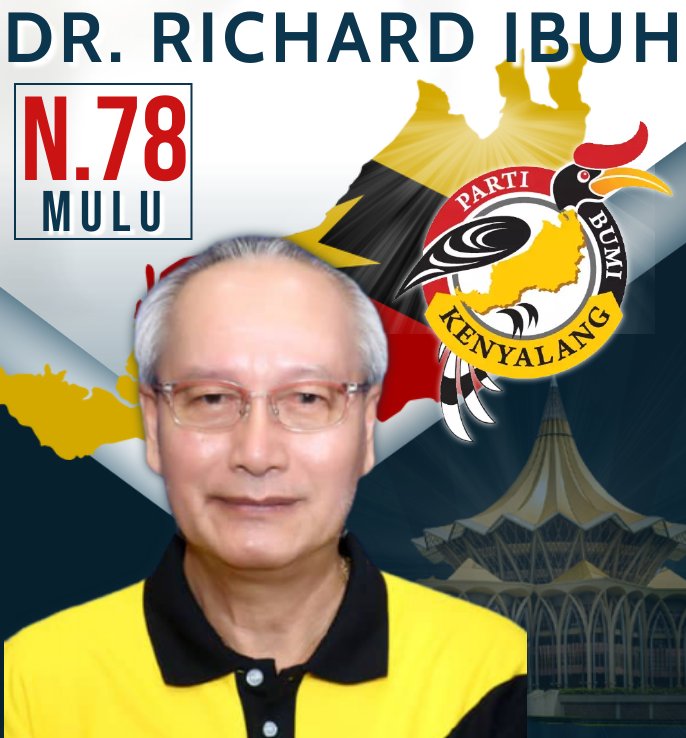 (The Borneo Post · 10 Sep 2021) MIRI: Sarawak is still a long way off from getting the full benefits of exclusive rights to oil and gas industry that should bring in much more revenue to the state, said Parti Bumi Kenyalang (PBK) election candidate for Mulu, Dr Richard Ibuh.

He said this is because the state Oil Mining Ordinance lacks the authority in Malaysia’s oil and gas industry as the state and its subsidiary Petroleum Sarawak Berhad (Petros) still play second fiddle to Petroliam Nasional Berhad (Petronas), the national oil corporation, under the Petroleum Development Act 1974.

Being jubilant about the ‘going to-be’ oil exploration in Asam Paya Marudi, he added, is “no big deal” as it is onshore mining and land rights are state rights, while pointing out that Sarawakians are mindful that there are 60 oil wells currently operational and about 200 more untapped outside the three nautical miles
offshore Sarawak which are under exclusive rights of Petronas.

“Whatever was mentioned about oil and gas is as good as ‘Mat Jenin’ story because there is nothing grand, absolute and definitive about it,” he pointed out in a statement, referring to a Malay folktale of a poor man’s imagination and dreams.

He was responding to the statement by Deputy State Legislative Assembly Speaker Dato Gerawat Gala that GPS is not a BN turncoat, in which the latter also highlighted GPS’ contributions to the state from greater participation in the oil and gas industry with the establishment of Petros that had brought much benefit to the state.

Gerawat, who is Mulu state assemblyman and former corporate lawyer from the oil and gas industry, had also said GPS is dif­ferent from BN, which it was part of previously. Richard meanwhile said PBK finds it mind boggling that an average of 850,000 barrels of crude oil is pumped each day with multi-billion ringgit in revenue going into the federal government cof­fers under GPS’s watch,” he added.

Under the UN Conventions on Law of The Sea (Uniclos 1982), Sarawak has legal ownership of the seabed and subsoil of the submarine areas that extend into the seas of up to a maximum of 350 nautical miles, but these political rights and legal sovereignty are now under the control of Putrajaya, he claimed.

He also said that under the Territorial Sea Act 2012, Sarawak has jurisdiction of only three nautical miles from her shores and claimed that the state had lost millions of ringgit in revenue income for operations outside this boundary.