Voon: In response to statement made by premier of Sarawak in FMT June 6, 2022 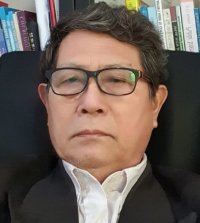 The premier, Tan Sri Abang Johari Tun Openg needs to be advised that there is no provision in the federal and Sarawak constitution to prohibit Sarawak to leave the federation of Malaysia, if Sarawak decides to do so. At the same time, the premier is not empowered by the Sarawak constitution to decide for the fate of Sarawak and Sarawakians whether or not Sarawak should remain in the federation of Malaysia forever.

The premier’s job is to administer Sarawak in accordance with what is stated in the constitution or as empowered by law. The premier must understand that Sarawak does not belong to him alone. It belongs to the people of Sarawak. Even if there is a prohibition in the federal and Sarawak constitutions to exit, there is nothing to prevent Sarawak to exit from Malaysia if people choose to do so and if certain circumstances are met. If Singapore could exit from Malaysia, there is no reason why Sarawak and Sabah could not exit if their people chose to do so.

May Tan Sri Abang Johari be informed that most people interviewed by Parti Bumi Kenyalang want to exit from Malaysia.

Tan Sri Abang Johari Tun Openg needs to be reminded that there were thousands Sarawakians marching on the streets fighting against Malaysia Plan in 1962. Tunku Abdul Rahman had wanted Malaysia formed to coincide with Malaya Independence Day on 31 August 1963 but forced by opposition from certain quarters abandoned this date to 16 September 1963.

Nobody should deny the fact that the merger of Sarawak with the federation of Malaya was “forced upon” by the British on peoples of Sarawak. Declassified documents showed that there were secret meetings or plans between the British and Tunku Abdul Rahman to merge Sabah and Sarawak as territories of Malaya. Many who opposed the Malaysia Plan were arrested and had to flee to the jungle and branded as terrorists. How could they be branded as terrorists when they were protecting their rights and the right of their country to fall into a foreign land? The British was exploiting the ignorance of the people of their right at that time.

People revolted because the Malaysia Plan was forced on them. Sarawak’s government, Sir Alexander Waddell came with a warning and said, “any attempt to force merger by 1963 or at all prematurely will mostly likely result in racial conflict and outright rebellion in Sarawak” – see page 5 Deals, Datus And Dayaks by Michael Leigh.

The Malaysian government is reminded that the Philippines and Indonesia was against how Sabah and Sarawak were intended to be acquired by the federation of Malaya. It was seen by the Philippines and Indonesia as against international law because it went against the right to self-determination under the United Nations General Assembly Resolution 1514. It was also seen by politicians, Sabahans and Sarawakians as a “coup de’tat” plan well planned by Tunku Abdul Rahman to acquire Sabah and Sarawak to enlarge the territories of Malaya.

The intention to acquire Sabah and Sarawak by Malaya by signing the Malaysia Agreement on 9.7.1963 and the release of Cobbold Commission Report on 01.08.1963 led to border confrontation and the signing of Manila Accord. Manila has a claim over eastern part of Sabah and the matter is yet to be resolved.