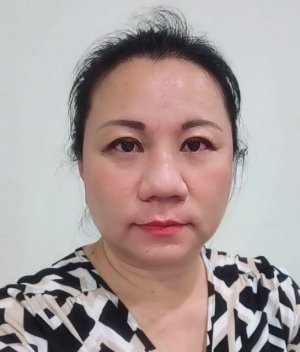 Jamie Tiew Yen Houng, the Central Treasurer of the Sarawak Parti Bumi Kenyalang, emphasized that the Barisan Nasional (BN) proposed the concept of the "New Malaysia Agreement", confirmed that Malaysia Agreement 1963 is null and void and the UMNO-led party group is ready to move again and launch the political agenda of recolonization against Sarawak and Sabah through “New Malaysia Agreement”.

Jamie Tiew Yen Houng said that the majority of Sarawakians have reason to believe that BN is conspiring with the Sabah BN and some party leaders in an attempt to recolonize Sarawak through the "New Malaysia Agreement".

She described the so-called "New Malaysia Agreement" as a trap. Once implemented, Sarawak will fall into a more severe predicament, and even the existing rights and interests will be lost, and it will become a meat on the anvil that can be cut freely by others.

“We must bear in mind the painful historical lesson of the federal government’s constitutional amendment in 1976 that reduced Sarawak to a state. At that time, the Barisan Nasional adopted a divisive approach and had the full support of the Sarawak Barisan Nasional (now known as GPS). The present situation is very similar except now the Sabah Barisan Nasional is the initiator.”

“I know that many local politicians are rushing to distance themselves from their ties and lash out at the issue of the New Malaysia Agreement. However, it is about the future of Sarawak, and we can no longer take it lightly. Sarawak has lost its rights and interests (oil and gas, continental shelf, sea territories and others) under Malaysia Agreement 1963 and amendment of federal constitutions, Territorial Seas Act 2012 and Petroleum Development Act 1974. Should Sarawak people totally at ease and believe some Sarawak politicians or leaders won’t submit to pressure and give in?”

Jamie Tiew Yen Houng said that when the constitution was revised in 1976, the federal government must had given “sweet talks” to Sarawak leaders which made the people of Sarawak think that all promises were for real. But the consequence is that Sarawak has become one of the poorest "states" today, with infrastructure always lagging far behind Malaya, and Sabah is also facing the same situation.

She said that on December 14, 2021, the Federal Parliament unanimously passed the Federal Constitution amendment related to the "Malaysia Agreement 1963" (MA63) to give Sabah and Sarawak an equal status with Peninsular Malaysia, but the people did not see the light of day.

"The vast majority of Sarawakians want to know how much real benefits does Malaysia Agreement 1963 (MA63) offer to Sarawak people? Is it just empty, no binding terms on paper? Does the federal government intend to fully realize Sarawakian in Sarawak's public services? When will Sarawak's education affairs be fully controlled and managed by Sarawak and no longer be dictated by Malaya?"

What's more, the "Federal Constitution grants the National Land Agency and Local Government Commission the management power will be limited to Malaya only, and Sabah and Sarawak will manage their own land, forest and local government affairs under the State constitution", whether it has been abolished? If the answer is no, the legitimacy of the implementation of the Territorial Seas Act 2012 will undoubtedly be questioned, because the coastal waters from 3 nautical miles to 12 nautical miles are within the territory of Sarawak.

She said that with the passing of the amendment bill to the Malaysia Agreement 1963 (MA63) in parliament, what the federal government should do is to return the rights that belonged to Sarawak as soon as possible. However, the issue of the return of power has not yet been mentioned. Now the National Barisan Nasional has proposed the "New Malaysia Agreement". It can be treated as "open secret which involves a plot with evil intention."

Jamie Tiew Yen Houng called on the people of Sarawak to stand on the same side as the Parti Bumi Kenyalang, pay close attention to the Malaysia Agreement 1963 (MA63) issue, join hands to put pressure on the federal government to complete the return of Sarawak nation’s rights and interests as soon as possible, and completely reject the so-called "New Malaysia Agreement". Let Sarawak moves towards "independence" with the concerted effort of everyone!