Jamie Tiew: Women will be better politicians and national leaders 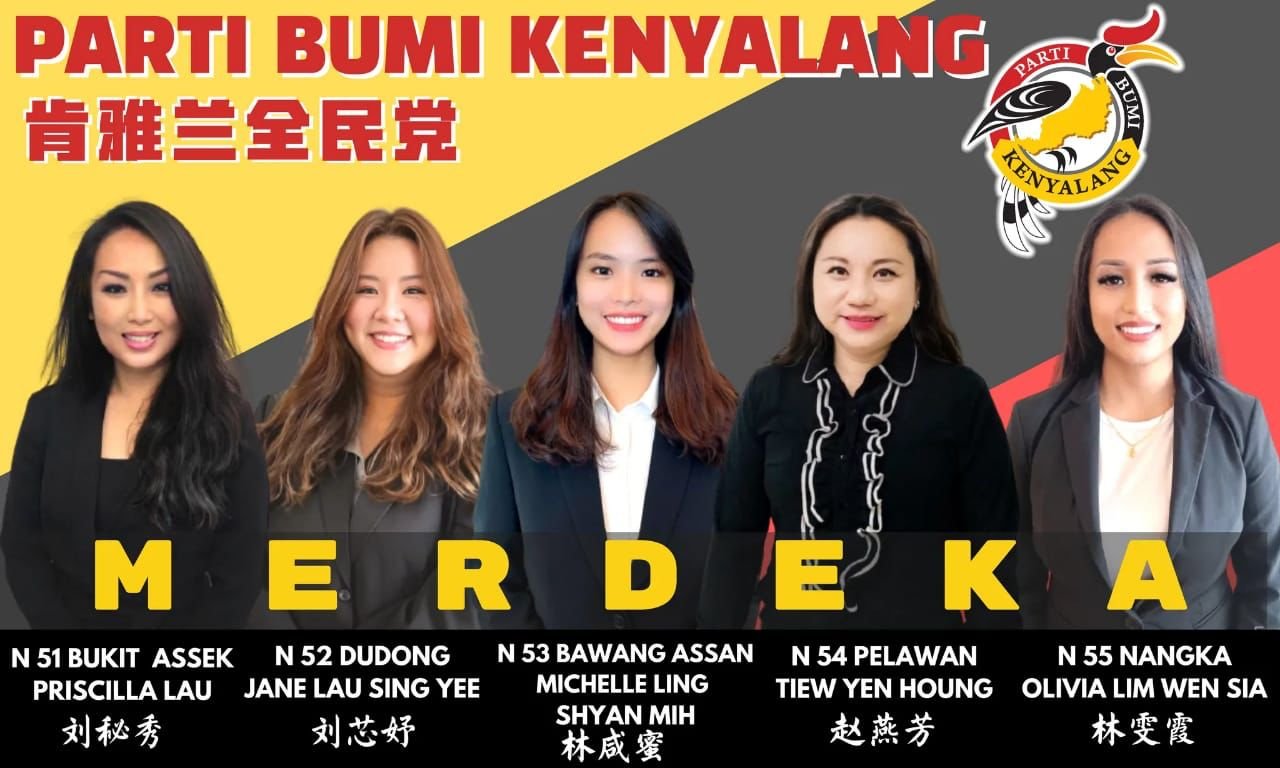 Parti Bumi Kenyalang’s Tresurer’s General Jamie Tiew Yen Houng believes that without the participation of women, democratic politics is more than just empty talk, and women’s rights in a political circle led by male protagonists will only be reduced to decoration. For example, in Malaysia, remarks that insult women are incredible, and even happened in parliament.

She urged voters to support women's participation in politics in the upcoming state elections, change the current distorted social pattern that generally oppresses women, and vote for Sarawak breaking away from the British colonial pattern and more than 50 years of ruling of the Sarawak political alliance GPS for a better political and social structure of the Sarawak.

"It is undeniable that poisonous political speech that discriminates against women still exists in the parliament. This is a chilling phenomenon, and most parliamentarians are accustomed to it. Frequently, UMNO parliamentarians have insulted women in parliament."

According to the Malaysian Gender Gap Index (MGGI) released by the Bureau of Statistics in 2020, there is a significant gender gap between men and women in political participation, with a maximum score of 1.0 and a score of 0.108. At present, the number of women in the Parliament and Senator in Malaysia each account for 15% of the House of Representatives. There are 220 parliament members (2 vacancies) and 33 are women. In Sarawak, the proportion of female state legislators is even lower.

She is envious of the "2019 Women's Political Participation Map" released by UN Women and the Inter-Parliamentary Union, because the proportion of women in the field of political decision-making is slowly rising, and the current proportion of women ministers worldwide has reached 20.7%, compared with 2017 figure an increase of 2.4%.

Jamie Tiew said that our neighbors Indonesia, the Philippines, Thailand, and Myanmar have had female leaders. The German female prime minister, Chancellor Angela Morkel, stepped up to accept the challenge when the country was in crisis. An excellent 18 years outstanding performance shows that women will be better politician and leader of the country. Morkel’s successor is also an outstanding woman, showing that Germany recognizes the ability of women to govern the country.

In the world, especially Sarawak, Malaysia, women account for half or more of the population. However, why do women lack opportunities in the workplace and politics? This is the consequence of the discrimination and prejudice against gender and prejudice in traditional male respect, which severely restricts the spatial development of women.

She believes that to break the inequality between women and men in various fields, including society, politics, economy, culture, and education, through more women with a sense of mission to participate in politics is an effective way to fight for and protect women their rights and welfare.

Jamie Tiew took the setting up of exclusive babycare centers in shopping malls as an example. Following the speeches of female representatives in parliament, the biased thinking of ignoring women's babycare needs in public places, including shopping centers, has been reversed, and nurseries have been set up one after another. .

"From my previous political participation experience, I noticed that the participation rate of female party members in the party is very high, and the motive of involvement is pure and noble for the betterment of another human being and nation. The public should give women more opportunities to work side by side with men."

In Sarawak under the leadership of the Sarawak Political Alliance GPS for more than half a century, women have been reduced to supporting roles. Not only has the status of women's rights not improved, but Sarawak has become backward, poor, resource drained, and frequent policy deficiencies due to improper management.

"Sarawak needs more new forces, especially the vitality of women's participation in politics to bring more inclusive decision-making to break the current impasse of Sarawak's stagnant development. I call on the people to support women who have the courage to participate in politics and create a new situation for Sarawak."