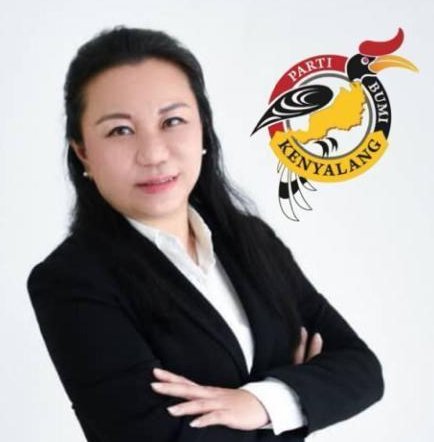 Jamie Tiew called on the government to re-evaluate, and review the Sarawak hydropower plan, and adhere to the spirit of "people-oriented" in order to draw up a power supply plan that best suits the interests of the people of Sarawak.

Jamie Tiew Yen Houng, the Central Committee Treasurer General of the Sarawak Parti Bumi Kenyalang surprised by the remark of the Deputy Chief Minister and Baleh State Assemblyman, James Masing that "the logjam that occurred from the Baleh River to the lower reaches of the Baleh River is not from a Baleh’s dam project and has nothing to do with farming activities." The Sarawak Political Alliance (GPS) seems to have the intention to fool the people once again by diverting people’s attention from the real problem and culprits, by alleging that such environmental problem in Rejang River has nothing to do with them.

Jamie emphasized that the occurrence of the logjam is not only a solid proof of the destruction of the virgin forests in the upper reaches of the Rejang River, but also a self-defeating the government's statement of "development taking into consideration the environmental impact". It is obvious that the destruction of the environment has also affected the normal lives of the people, including water supply and transportation Interruptions as experienced by local people.

“Sarawak Political Alliance (GPS) statement was clearly intended to play down the consequences of massive dam construction and the uncontrolled development of hydroelectric power that would cause serious damage to the environment as well as affecting Sarawak people’s livelihood severely.”

"The construction of the Sarawak Bakun Hydroelectric Power Station is sufficient to meet the needs of the Sarawak people and industrial requirement in Sarawak. However, the Sarawak government trying to attract large-scale foreign industries by providing cheaper hydropower (less than 40% of the normal Sarawak electricity rate) with plans to build additional 12 hydroelectric power stations. These continuous development plans and severe environmental impact have repeatedly proved that this policy of the Sarawak Political Alliance (GPS) is a failure and mistake."

She said that the construction of numerous dams has resulted in the deforestation of large areas of virgin forests, severely destroying the rainforest ecosystem, rivers have been polluted, river water has turned into "yellow muddy", riverbed sedimentation has accelerated, and shipping has been endangered, as well as killing fishes in rivers and bringing hardship to the people living along the river.

What makes the people angry is that the large-scale industries that the Sarawak Political Alliance (GPS) has attracted are heavily polluting industries that have been phased out in overseas. For the well-known Sibu shipbuilding industry in the country, there are no preferential treatments. Is this fair and correct for neglecting the development of local industries?

Jamie Tiew said that hydropower plan implemented by the Sarawak Political Alliance (GPS) at the expense of people’s livelihood and extensive ecological damage has not benefited the Sarawak people, but only benefited foreign industries that accompanied by various degrees of pollution.

She stated that for the construction of dams or hydroelectric power stations, by right the local people and local industries should be given priority, and small and medium-sized industries should enjoy lower rate of electricity to promote economic growth in Sarawak. However, the follow-up plan for hydropower development is contrary to this original intention. The government has set its target on foreign industries, and the interests of local people have been neglected.

From published information, the Bakun Dam operation has not reached full capacity in generating electricity, and this has also raised many questions, including the quality and safety of the Bakun Dam.

"The incidents of logjam along the Rajang River have occurred repeatedly, and even sporadic driftwood has appeared in normal times has highlighted the authorities’ environmental management failure. Although Sarawak has the environmental department and the forestry bureau to supervise, however, they obviously have failed in their job."

She said that the authorities did not even issue any warnings about the driftwood incident in the Rajang River, which resulted in serious livelihood problems.

Dams building has destroyed virgin forests and the ecology which in turn affecting many livelihood. In view of the severe impacts, the emergence of logjam is no longer acceptable and must not reoccur in the future. Jamie Tiew called on the government to re-evaluate, and review the Sarawak hydropower plan, and adhere to the spirit of "people-oriented" in order to draw up a power supply plan that best suits the interests of the people of Sarawak.