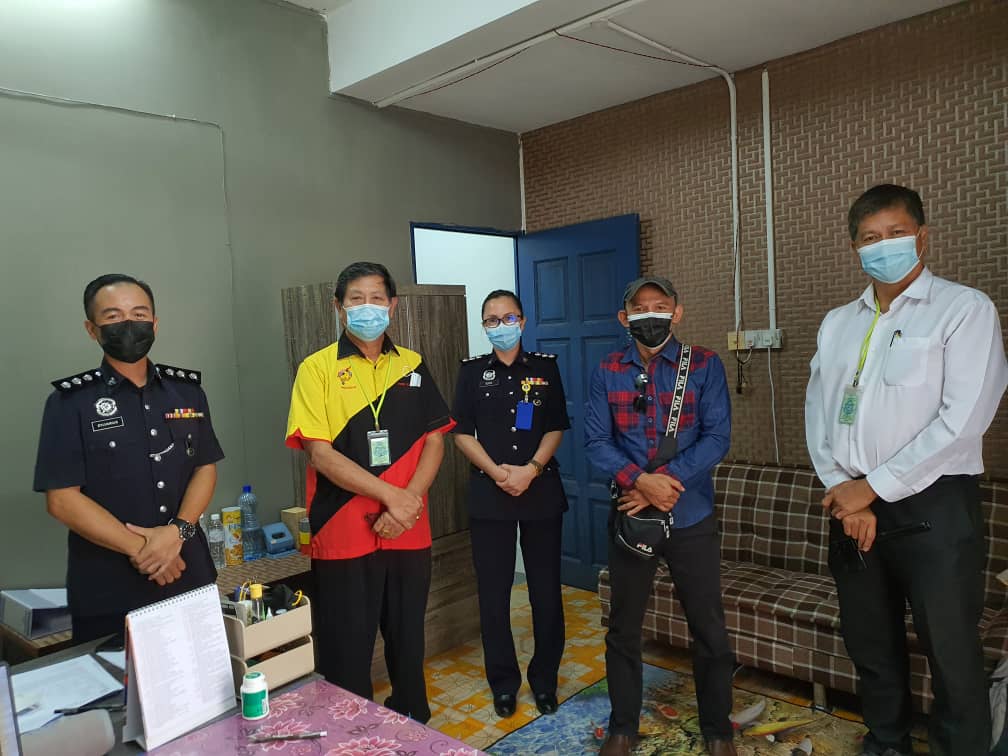 In past weeks, about twenty of our members from Parti Bumi Kenyalang were called by people who claimed that they were from the police department or from the police Special Branch wanting to interview them about their political activities. There is no law in this country for the police to call any citizen for interview just to dig their personal activities or to know them better. They can only call the citizens to assist investigation into a crime, nothing else.

Sarawakians, especially, those in the rural areas are unhappy now when they came to know many of party members received calls from people claiming themselves from Special Branch calling our members for interview. If these were from the police, this is bad because public are against the use of police to clamp down politicians and activists who are doing their work according to law. This is a volcano waiting to erupt in Sarawak.

There are too many crimes that remained unsolved and police are urged to do what they should do for the good of the nation.

I had been following Malaysia politics for long since my days in school and been involved in active politics for more than 20 years, but, never had I heard the Special Branch had wanted to call so many people from one political party or organisation for an interview for their activities or just to know them. This is the first time and it is shocking!

Members of PBK are all law abiding citizens. They are good Chistians, Buddhist and muslims and they strong in their faith. About 62% of Sarawakians are Christian and mostly are dayaks and dayaks in the whole of Borneo, especially, in Kalimantan, who mostly are Christians are following the activities of Christians in PBK and in Sarawak now.

Police had called me officially today for a statement of crimes under the Sedition Act and the Communications and Multimedia Act. This was in connection with the vision of Parti Bumi Kenyalang.

I don’t see anything wrong to speak and seek independence because this is also taught in law schools. We are educating our people of their right to self-determination and independence. Mahatma Gandhi of India also spoke and sought independence for India. Tunku Abdul Rahman did this before 1957 for Malaya and Lee Kuan Yew did this for Singapore before Malaysia was formed.

The Sedition Act 1948 was enacted by the UK Parliament and extended to all British colonies but was never been used against Gandhi, Tunku Abdul Rahman and Lee Kuan Yew. Why one me? Who am I in terms of stature compared to them? I am a nobody.

Let me tell Sarawakians and Malayans, the right to independence under the law.

Sarawak was an independent nation founded and ruled by the Brookes. When Rajah Brooke was in UK, we understand that the Rajah was put under house arrest and was asked to sign some documents to secede Sarawak to as crown colony of UK after the World War II (WWII). Rajah was not allowed to go back to Sarawak to see his people. The taking over of Sarawak as a colony by UK by putting the Rajah under house arrest and not allowed to come back to Sarawak and under such circumstances to have the Rajah secede Sarawak to UK was unlawful. Therefore, the subsequent handing over of Sarawak to Malaya under the Malaysia Agreement 1963 (MA63) was also unlawful or a fraud. In research made by activists, it was discovered that United Nations was also used to scheme in the fraud.

The transfer of Sabah and Sarawak was also in breach of the terms of the Manila Accord 1963 signed by Malaya.

UK gave Sarawak to Malaya. This was said by Tunku Abdul Rahman in a book at page 89 Conversations With Tunku Abdul Rahman. After taking over Singapore, Sabah and Sarawak as part of its territories, Dato Ong Yoke Lin of Malaya informed the United Nations that Malaya changed its name to Malaysia. We sang the Negara Ku sang by Malaya and fly the flag of Malaya with additional stripes only and celebrated 31 August as Merdeka Day. Malaya controls parliament and with on 31 out of 222 seats in parliament, Sarawak could not and will not be able to oppose any law or policy detriment to Sarawak.

For these reasons, Sarawak lost its sea territories, marine wealth, oil and gas resources under various legislations passed by parliament. Each day, Petronas is pumping an average of 850,000 barrels of our crude oil. This is a daily loss of about RM285 million of Sarawak’s wealth.

For these reasons, the people of Sarawak are not happy with the federal government, especially, after Sarawak was reduced in 1976 to a state equivalent to any state in Malaya.

If PBK forms the government, PBK will take UK and relevant parties to legal avenues to declare MA63 as null and void (invalid).
Based on the legal opinion on Chagos Islands case by the International Court of Justice (ICJ), MA63 should be an invalid agreement because at the time of signing the MA63, Singapore, Sabah and Sarawak, being still colonies of UK were still colonies of UK. Being colonies, they had not legal capacity to sign the MA63. We want to sue UK and responsible parties and to declare MA63 invalid in legal avenues, but, we can only do this if PBK captures the Sarawak government in the coming 12th Sarawak Elections.
Under international law, Sarawak has an intrinsic right to self-determination. There is no prohibition under our domestic law to break away from the federation.
Under the United Nations General Assembly Resolutions 1514 and 1541 Sarawak has a right to self determination or decolonization. We have a right to self-determination under the Atlantic Charter signed in 1941 by countries allied to UK and United States.
For these reasons, PBK has as its vision to set Sarawak free and independent from the federation of Malaysia because the formation of Malaysia according to legal experts was tainted with fraud and illegalities. The fundamental breaches of the MA63 (if valid) also rendered MA63 invalid under the law.
Dr. Mahathir, as prime minister after Pakatan Harapan won the elections in May 2018 when in New York, also recognised the fact that Sabah and Sarawak have rights to seek independence, but, was only asking for autonomy – see FMT September 29, 2018.
The issues in connection with MA63 had not been settled since Malaysia was formed 58 years ago and it is time now, people of Sarawak are urged to change the government with PBK so that matters could be settled once and for all.

We hereby urge the Chief Minister to all GPS supporter to give their support to PBK to realise this dream. PKR and DAP are Malayan parties and may their supporters turn against them and support PBK too.