We made ourselves a fool by declaring 22 July as Sarawak Independence Day. The declaration of 722 by the late CM Tan Sri Adenan Satem gave him a landslide victory in the 11th Sarawak Elections.

Being a lawyer, there was no reason why Tan Sri Adenan Satem was not aware that Sarawak had never been granted Independence by the British. I could not understand if it was not a political strategy by BN Sarawak under him to win elections because at that time Sarawakians' demands for independence were vociferous.

The British had cheated us of our right under United Nations General Assembly Resolution 1514 to be given independence, by handing us to Malaya on 16 September 1963. If we had been independent, the British could not be clothed with legal powers to hand Sarawak to Malaya on that day. It was found out that Sarawak was handed to MALAYA as a gift to enlarge the territories of Malaya. Malaya then informed the United Nations that Malaya changed name to Malaysia. Legal experts opined that Sarawak together with Sabah are infact, colonies of Malaya.

Again, according to international legal experts whom I consulted, the British schemed a fraud federation by drafting and invalid Malaysia Agreement 1963 signed by UK, Malaya, Singapore, Sabah and Sarawak. 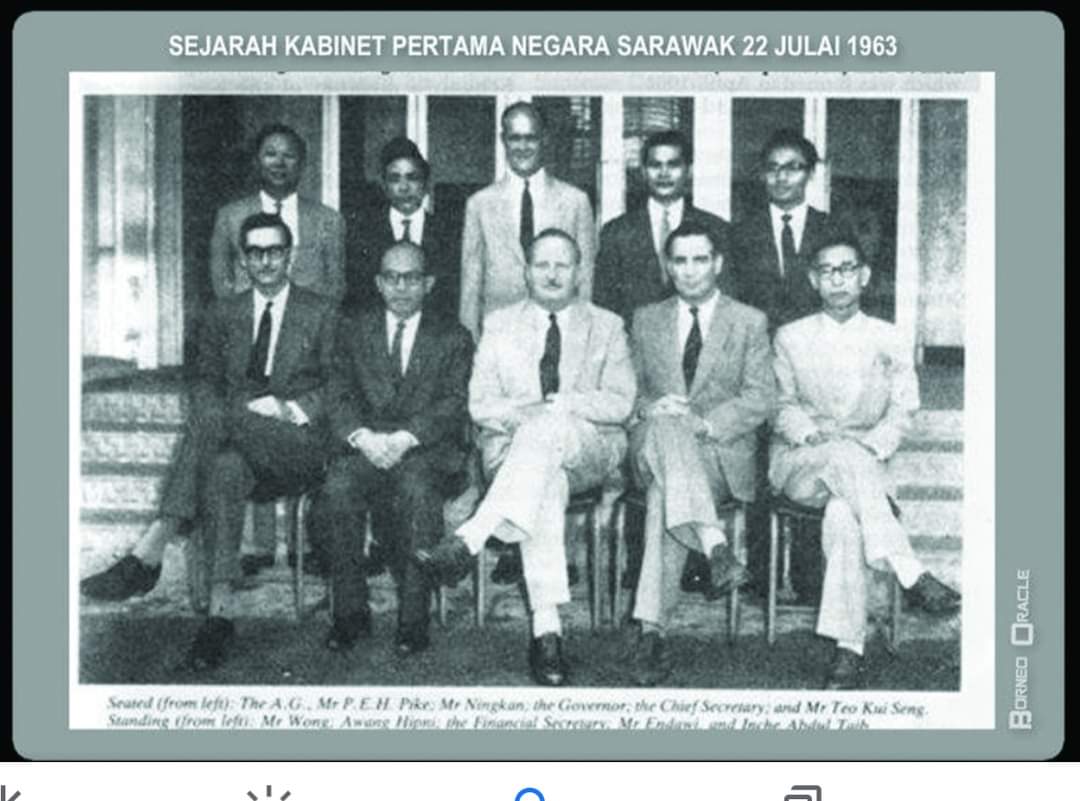 From my research, thousands of Sarawakians of all races were against the formation of Greater Malaya or MALAYSIA as they knew Sarawak would become a colony of Malaya. They also demanded for Sarawak independence at that time.

Many who witnessed the public protests against the formation of Malaysia and who knew of the demands for Sarawak independence are still alive today and I had the privilege of meeting and interviewing some of them in past months, to gather information of what happened at that time.

According to them, many innocent people were harassed and detained by the authorities for many years on accusations that they were terrorists
before they were released from detention and some of them are still alive.

Their accounts of what happened during detention had chillingly effect in my spines.

The lowering of the Union Jack flag on 22 July 1963 was perhaps nothing more, but was to please Sarawakians by the British that Sarawak was given independence when it was not. To be given independence there must be a Sarawak Independence Act passed by the UK Parliament but there was none.

May Sarawakians be reminded to correct fact that Sarawak has not gain independence yet and Parti Bumi Kenyalang is spearheading to realise this dream by Sarawakians to see Sarawak be independent soon.