Voon Lee Shan: With a noble mission, willing and capable and self-financed candidates will be within reach.

Opponents' defamation of Parti Bumi Kenyalang  and smear of our Mission Passport contents are expected in view of strong support from Sarawak people.

Owing to the time constraint and Pandemic Election SOP, many Sarawakian do not have a copy of our Mission Passport which spells out clearly Parti Bumi Kenyalang (PBK) mission. Hence our political rival took the situation and chance to smear our Mission Passport contents especially on the "special hardship relief fund" meant to be after PBK becomes the new Sarawak government for those who vote in 12th Sarawak election, our opponents throwing all kinds of accusation on PBK with the intention to defame PBK and put off voters to sway away support for PBK.

The good response PBK received has given many rival politicians and their supporters many sleepless nights and they are trying very hard to deny it is happening that common people as well as professional ladies and gentlemen willing to finance their own election cost for the better future of Sarawak and face the challenge and abusive words thrown at them squarely.

PBK candidates are self-financed and some financed by comrades to ensure sufficient number of candidates to enhance the chance of forming next government. Support from public is great and morale is high with the vision of quest of independence. PBK has illustrated with a noble mission, willing and capable and self-financed candidates will be within reach.

The 12th Sarawak Election is here it is time for Sarawak people to make wise choice to elect the Sarawak centric candidates to form new Sarawak government for better future of Sarawak. 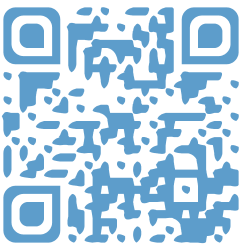