Voon: Who can file suits in connection with Malaysia Agreement 1963 (MA63)

After the suit filed against the United Kingdom, Malaysia and Sarawak governments as Defendants, seeking the court to determine the legality of the formation of Malaysia, I received many queries from members of the public about the Suit. This was the first suit of its kind seeking the court to declare Malaysia Agreement 1963 as an invalid international agreement. 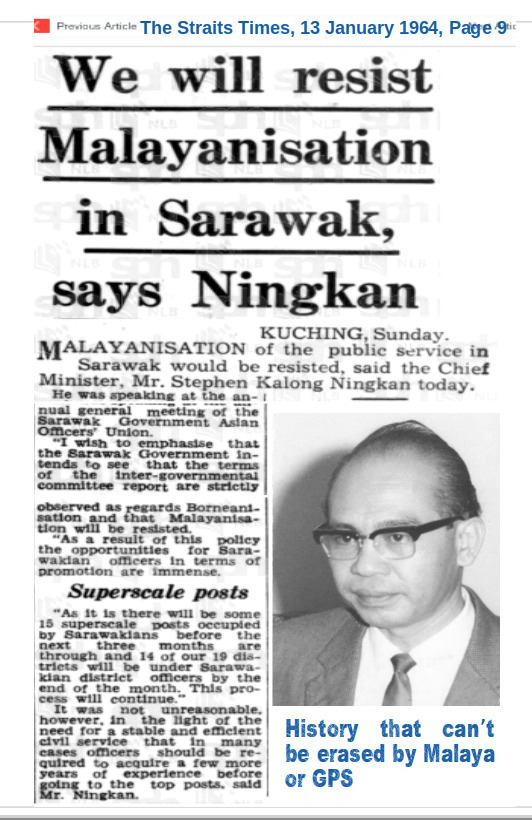 The suit was filed by a group of 12 Sarawakians in November, 2021 and registered as Kuching High Court Suit No:KCH-21NCvC-26/11-2021. The statement of claim been served on all the Defendants recently.

Members of the public should not be distracted by some people who wish to say that judges could be arrested for hearing any case against people in power or against the government.

I know members of the public are concerned about this after by a certain group of people after the Johore state elections, to call for the arrest of His Lordship Nazlan Ghazali who sentenced former prime minister Datuk Najib Razak to 12 years jail over RM42 million in his private bank account.

The judges are protected by law and if suits in connection with Malaysia Agreement 1963 or the formation of Malaysia are filed, rest assured, our court will not be cowed or intimidated to hear the suits because the court is bound under the law to dispense justice.

Without the said Malaysia Agreement 1963, Malaysia could not under international law be formed.

However, Singapore had left Malaysia in 1965 after Singapore under the premiership of Lee Kuan Yew, could not patch up the political and economic differences with Malaya.

Once a suit is filed, it is up to the court to decide whether the court will allow the claims or not by the claimants.