Voon: Would it be workable to work with Malaya based political parties? 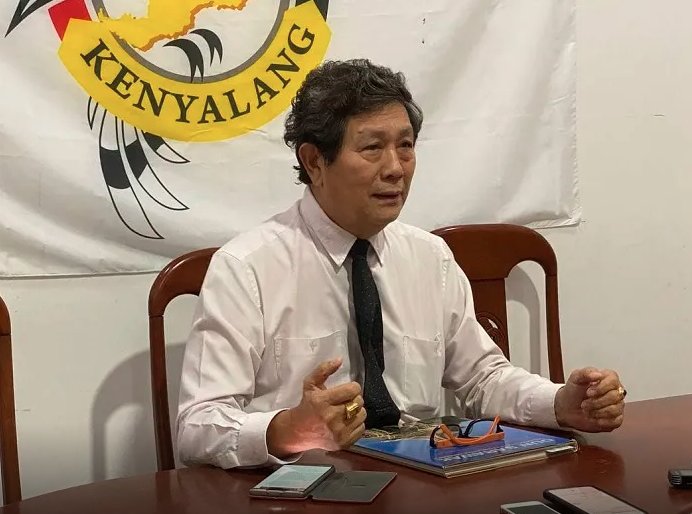 Parti Bumi Kenyalang (PBK) sees that a seat won during parliamentary elections by any political party from Malaya is a seat taken away from Sarawak for Malaya. In that sense, Democratic Action Party (DAP) and Parti Keadilan Rakyat(PKR) being from Malaya would not be able to fight for Sarawak rights. Being from Malaya are not their interest is to lend support to Malaya to take more seats away from Sarawak?

If DAP and PKR were thoughtful for Sarawak, they could, when Pakatan Harapan (PH) was in power for 22 months, repealed the Petroleum Development Act 1974, the Territorial Sea Act 2012 and the Continental Shelf Act 1966 but they had not done so.

These Acts took away our state rights to fisheries, marine and mineral resources, especially our oil and gas, tourism sites in marine areas and so forth, in which, are now confined to only 3 nautical miles (5.56 km) from our coastline.

Each day, PETRONAS is pumping about 850,000 barrels of Sarawak crude oil away. Sarawak could be as rich as Dubai or maybe richer if these oil and gas resources could be taken back.

Sarawakians may also need to know how and why DAP entered into Sarawak in 1970s. DAP set foot in Sarikei and from Sarikei, DAP spread to other parts of Sarawak. Most of the time, DAP contested seats that were strongholds of Sarawak United Peoples’ Party (SUPP) and very few in strongholds of Parti Bumiputra Bersatu (PBB). It was difficult to see DAP fielding candidates in Dayak majority constituencies. For this reason, PBB became very strong because no local parties were able to take on PESAKA Wing of PBB until now.
For Sarawak DAP to say it has full autonomy in political decisions is incapable of belief. This is because under the whip system of parliamentary democracy, which is practiced in this country, Sarawak DAP is controlled by their bosses in Malaya. For Sarawak DAP to say that they could choose which local party to work with is not what we want when Sarawak DAP could be under the control of DAP bosses in Malaya.

There is no possibility for DAP bosses in Malaya to agree to Sarawak to see independence.

In a recent survey of 3185 people, 97% respondents wanted Sarawak to seek independence and to become a member of the United Nations. Given this good response, YB Chong Chieng Jen and other law makers from DAP Sarawak, should seek exit in parliament for Sarawak from the federation of Malaysia.

GPS is a kingmaker in the federal government but, PBK don’t see GPS are able to protect Sarawak interest to the expectations of Sarawakians and seek Sarawak independence.

If Sarawakians want to see Sarawak interest be protected or taken care of, there is a need to give support to local political parties that wish to seek exit from the federation of Malaysia by peaceful and legal means.