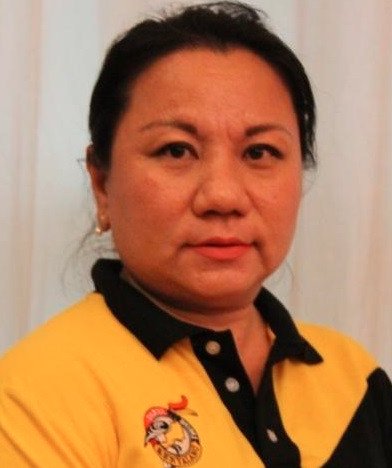 (Borneo Post ,SIBU, 7 Feb 2021): The government should look into calls to conduct Phase 3 of Sibu’s flood mitigation project at Jalan Lanang instead of moving it to Kampung Nangka and Kampung Hilir.

“The completion of Phase I and Phase 2 of the flood mitigation project have largely help control the floods in Upper Lanang but Lower Lanang is still affected after Phase 3 was moved to Kampung Nangka and Kampung Hilir instead,” she said in a media statement.Tiew noted that the recent flood, which hit the lower portion of Jalan Lanang, made many feeder roads off Jalan Lanang inaccessible to traffic.

She hit out at the Gabungan Parti Sarawak (GPS) government and its two component parties, Sarawak United People’s Party (SUPP) and Progressive Democratic Party (PDP) for not doing much to resolve the impasse other than making short videos to ‘promote themselves’.

“What is even more ridiculous is that SUPP and PDP have not reached the common consensus on flood mitigation plans for Sibu. We have one party that called for the Rejang River dredging and the other looking to mitigate the flood with floodgates and pumps which seem to be re-using the 1990’s abandoned flood mitigation proposal.”

Tiew said the flooding problem would become an issue whenever an election cropped up and the ruling party would use it to gain support and fish for votes.
“Flooding is a never ending story in Sibu. Since the 1970’s, Sibu had experienced numerous floods and most mitigating efforts included raising the roads. Roads such as Jalan Long Bridge and Jalan Island were usually the hardest hit but after numerous attempts to upgrade the road, the situation is better nowadays.

“However, in the 1990’s, the flooding problem deteriorated, affecting the major part of the town, hence requiring the flood mitigation project to solve the impasse.”

Flooding, Tiew added, has also become a stumbling block to the development of Sibu.
As a real estate agent, she said the land in Sibu would be a good buy if not due to the constant flooding problems which drive away investors.

“Look at Bukit Assek. It is located strategically in the heart of Sibu town and the surrounding land can easily be regarded as prime land if proper planning is done.

“Unfortunately, there was none and as long as the flood problem remained unsolved, the demand for property in Sibu, especially in Bukit Assek area, will be lacking.”She said the problem with the government was it only saw the urgency to implement the flood mitigation project during the flood but when the flood subsides, they would forget everything.

“The people of Sibu have waited for a long time for these flood problems to be solved once and for all,” she lamented.